Words cannot describe how amazing Glastonbury was! I was lucky enough to go for the first time this year as a volunteer for WaterAid UK and I have never had so much fun at a festival before. 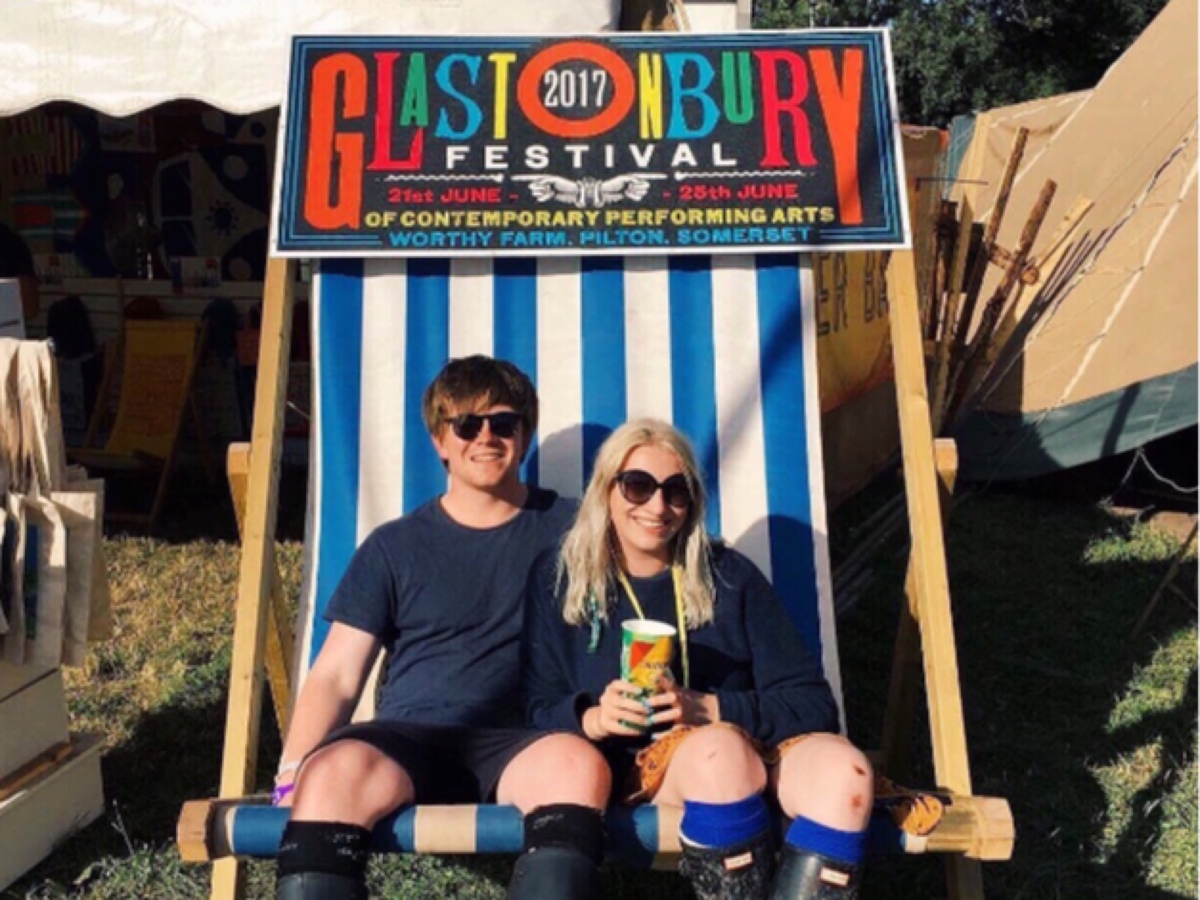 I was lucky enough to go for the first time this year as a volunteer for WaterAid UK and I have never had so much fun at a festival before.

It was 6 days of pure laughter and excitement that all blended into one and this blogpost will share some of these memories with you.

Because I’m slightly bonkers, I signed up to Hitch to Glastonbury via Leeds RAG Society (Raise and Give) to raise money for WaterAid UK.

My target was to fundraise £250 and I proudly achieved it before the hitch set off.

Featured in my local paper pre-hitch

Hitch-hiking used to be a popular method of travel many years ago but nowadays hardly anyone does it.

We set off from Parkinson Building, Leeds at 9.30am. We split into two teams and had a bit of a competition about who would get to the campsite in Bristol first.

James, Me, Scarlett and Frankie

I hitched down with James, a friend from university.

Our plan was to be dropped off at service stations on route, in the hope we would bump into someone who was going to the festival.

However, this theory did not always go to plan. For instance we got stuck on some motorway junctions and service stations for hours on end.

Stood at a service station trying to get a lift

Eventually we arrived at our campsite around 5pm.

To our delight, we were the first team to arrive, despite getting into 6 different cars, which was pretty good considering neither James or myself had ever hitched before.

Our home for the night

The next day was even trickier. We realised that the further south we got, the less people entertained the idea of hitch-hiking, even though it was for charity.

But after much walking, James losing his wallet and another 5 cars, we made it to the festival site!

Thank you to every kind (and crazy) soul who stopped and helped us with our journey to the festival – James and I were incredibly grateful and loved hearing your stories.

As we were volunteering for WaterAid UK at the festival, we got to stay in the volunteer campsite, which was on the same road as Michael Eavis’ farm.

We arrived on Wednesday (the hottest day ever) and felt our bodies melting as we trekked our stuff to the site and pitched up the tent.

In the evening, we had an induction from WaterAid’s staff about our roles on the site. I was part of the Loo Crew Team, meaning I would be cleaning the long drop toilets.

After the meeting I headed off to meet Ryan and watch the firework display.

I would definitely recommend volunteering at a festival to anyone.

You get to see the festival from a different perspective (from finding Michael Eavis’ dairy cows to using restricted access pathways) as well as have the best time working as a team!

As it was my first time at Glastonbury, I was keen to see and do everything with friends from home and Ryan.

Below are my favourite photographs of the weekend.

From left: Liz, Ryan, Liam, Jess, Me and Emily at the top of Glastonbury hill

As a music lover and former music reviewer, I was keen to see as many bands as possible.

It is simply the most magical place (farms always are) and I cannot wait to return one day. Until next time, Worthy Farm!

What’s on my mind…